26 Sep Style and performance at the Mayfair Hotel

Set in the heart of the CBD, the Mayfair Hotel is Adelaide’s newest five-star boutique.

Opening in early 2015, the Mayfair has since developed a strong reputation for style, luxury and service. At the time of writing, it is Adelaide’s top-rated hotel on Trip Advisor – no easy achievement! It features 170 individual rooms and suites, as well as meeting and function halls, a gym, a business centre, two restaurants and a rooftop bar. 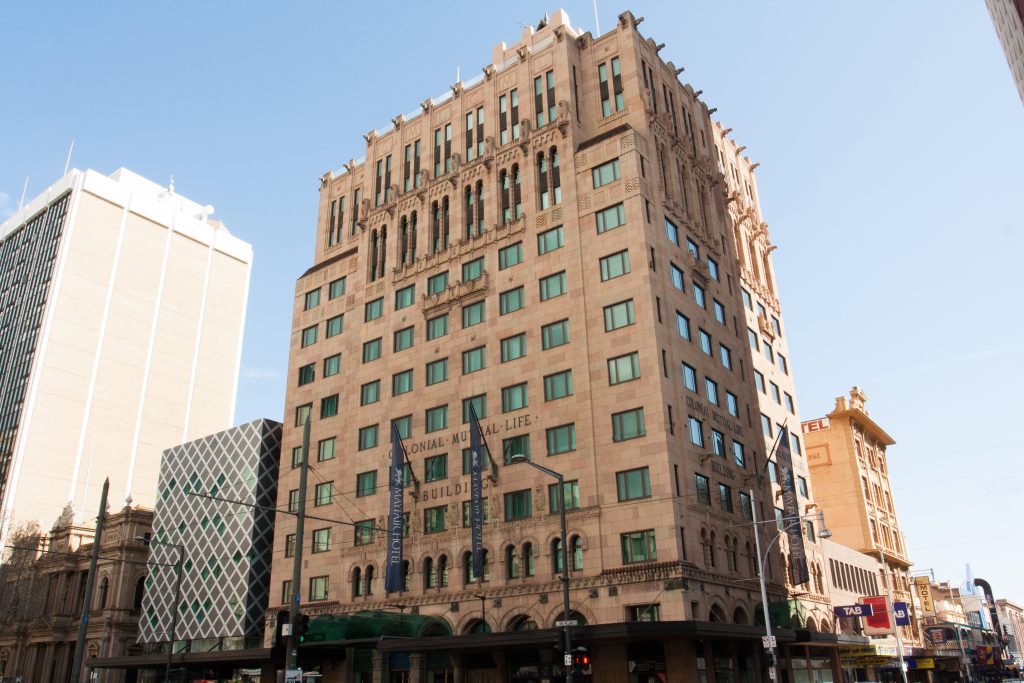 As one might guess from looking at the exterior, the structure of the Mayfair Hotel was built well before 2015. The original edifice was constructed in 1934 for the Colonial Mutual Life society. Strong and imposing, cast in imitation stone, it features recessed Romanesque detailings and rooftop gargoyles. Its grandeur ensured its spot as one of Adelaide’s most iconic buildings, and it was heritage listed as a structure of significance in 1984. 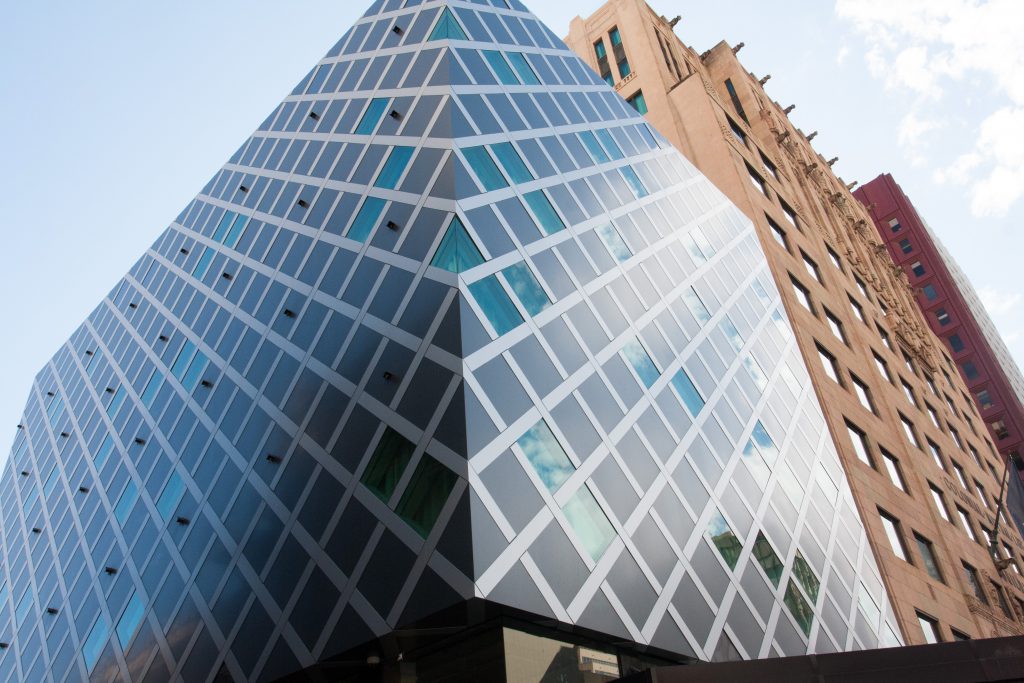 JPE Design Studio was the lead architecture firm on the redevelopment project. As well as maintaining and enhancing the building’s original exterior, JPE oversaw the creation of the glass ‘jewel box’ on the southern side of the building. A visually separate yet functionally intertwined structure, the jewel box is a startling but stunning addition to the hotel.

Inside, JPE worked with designers Bates Smart to give the hotel a distinctive 1930s glamour. A spiralling black steel staircase dominates the atrium. Modern amenities such as lifts and bright downlights meet with older décor in wrought-steel feature windows and comfortable old armchairs. The result is a place where one expects – and receives – comfort, luxury and gold-class hotel service at every turn. 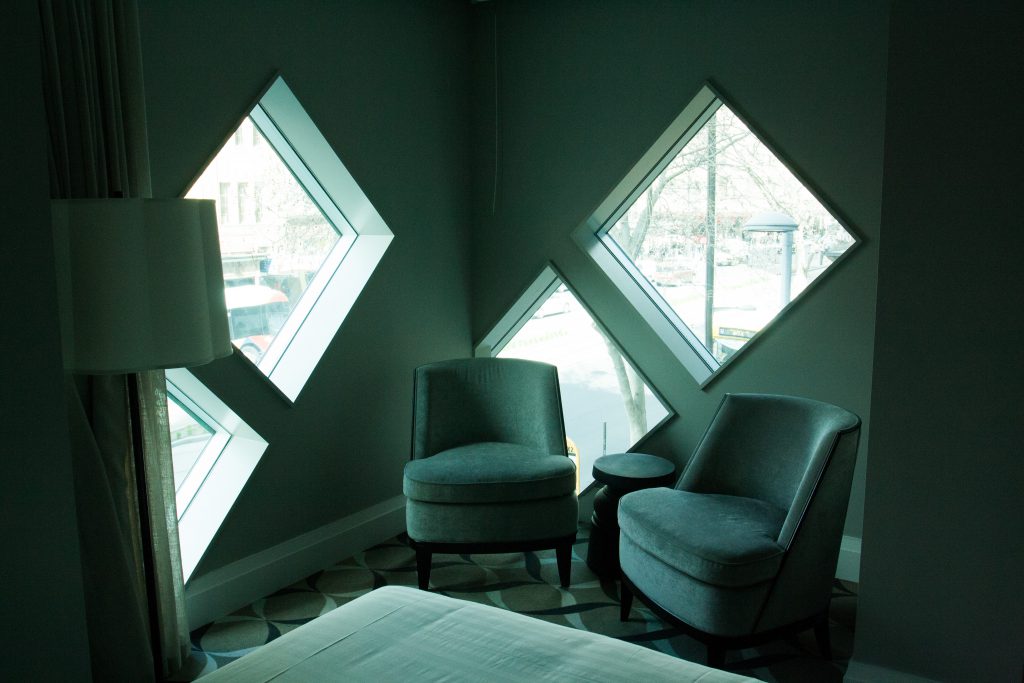 As the Mayfair sits right on two of Adelaide’s busiest streets, noise mitigation was always going to be a priority for the hotel. EDGE collaborated with JPE and local fabricator Aluco to design a custom acoustic window framing system. Featuring two separately-glazed planes of glass around a 100mm air gap, the EDGE suite ensures significant noise reduction through each of the many windows. Frames were anodised bronze in order to match the original building’s appearance. The result performs just as well visually as acoustically.

To see more photos of the Mayfair, view our project gallery here.